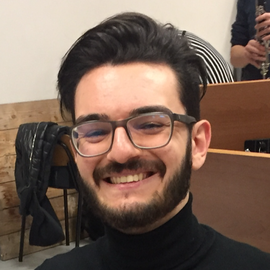 Gianluca Mittone received his Bachelor’s Degree in Computer Science from the University of Turin in 2017 with a thesis on handling exceptions in Description Logics, implementing an algorithm for the automatic revision of ontologies, exploiting a Typicality operator, named TREVOR, under the supervision of professor Gian Luca Pozzato. He also received his Master’s Degree in Computer Science in 2019 with full marks and honours from the same institution with a master’s thesis on a novel distributed approach for deep learning, named NNT (Nearest Neighbours Training), which takes advantage of a locally synchronous approach to achieve a better trade-off between computational time and learning results; this work was done under the supervision of professor Marco Aldinucci. After eight months as a research engineer at the Computer Science Department of the University of Turin, he is now a PhD student in Modeling and Data Science at the same university under the supervision of professor Marco Aldinucci. His work focuses mainly on the convergence between HPC and Machine Learning. Noteworthy are the collaborations carried out in the medical field with the cardiologists from “Le Molinette” hospital in Turin, which led to some exciting results such as the PRAISE score, a state-of-the-art ML-based risk score for the prevention of cardiological adverse events. Another important collaboration is the one with Intel, which led to the extension of their open-source software for Federated Learning, OpenFL, to be capable of handling even non-deep Machine Learning models.